The MTV Video Music Awards returned to New York on Sunday, with major wins for pop stars old and new.

Sparks flew before the ceremony when Irish MMA fighter Conor McGregor and rapper Machine Gun Kelly were involved in an altercation on the red carpet.

The main award, video of the year, went to Lil Nas X for his single Montero (Call Me by Your Name).

“Let’s go, gay agenda”, hollered the rapper, who has made LGBT-positive messaging and imagery a central component of his music.

The 22-year-old, whose real name is Montero Lamar Hill, also gave one of the night’s best performances, segueing from a marching band introduction to a lurid pink prison scene where, for good measure, he stripped to his boxer shorts and twerked in a shower.

Hosted by rapper Doja Cat, the ceremony marked the 40th anniversary of MTV’s launch in America.

Madonna opened the show, telling the story of how she had arrived in New York 40 years ago “with nothing but $35 and a pair of dance shoes” before finding an ally in the new music video network.

“We formed a bond that changed my life and created a whole new art form. That’s why there’s only one place to be tonight,” said the star, who went on to win 20 MTV “moon-person” statues.

The MTV Awards were established three years later, in 1984, and quickly gained a reputation as must-see television.

Over the years, they’ve been responsible for more pop culture moments than any other award show – including Madonna’s debut in 1984, performing Like A Virgin while writhing around in a wedding dress; Eminem performing with an army of 100 clones; Lady Gaga’s infamous meat dress; and, of course, Kanye West rushing the stage during Taylor Swift’s acceptance speech in 2009.

This year, however, produced few moments that will stick in the mind. Many performances felt like diminished retreads of former glories.

It was sweet when Twenty-One Pilots singer Tyler Joseph announced during their set that his wife was pregnant – but it was nothing compared with Beyoncé revealing her baby bump during the 2011 show.

Rodrigo smashed a camera (or rather a glass plate in front of a camera) during a rousing performance of Good 4 U. But, again, Beyoncé had done it first – in her case with with a baseball bat, in 2016.

And while Doja Cat’s aerial performance of Been Like This was visually stunning, it couldn’t compare with Pink’s death-defying acrobatics in 2009.

On the other hand, Doja Cat – real name Amala Dlamini – judged her hosting duties perfectly, sporting a series of increasingly absurd outfits as the show went on.

After appearing in chicken legs and balancing a chair on her head, she ended up accepting the prize for best collaboration – for Kiss Me More with SZA – in an outfit that looked like Heimlich, the fat green caterpillar from Pixar’s A Bug’s Life.

“I look like a worm, that’s dope,” said the star. “I never thought I’d be dressed as a worm while accepting an award.”

Here are eight of the other moments:

1. Machine Gun Kelly and Conor McGregor had an altercation

According to TMZ, the scuffle began when McGregor asked Kelly for a photograph together, but the musician denied his request.

Footage and photographs show McGregor throwing a drink, and a punch apparently being thrown – although security guards held the pair apart.

They regained their composure quickly, and McGregor played down the incident. “Nothing happened with me,” he later told Entertainment Tonight. “I only fight real fighters.”

One of the more unexpected awards of the night went to Harry Styles, who won best choreography for his stylish video Treat People With Kindness.

The video beat more contemporary (and intricate) videos by the likes of Ariana Grande and BTS but, speaking to the BBC earlier this year, choreographer Paul Roberts said he had an inkling of why Treat People With Kindness had struck a chord.

“The whole thing has a nostalgia for a time where you could be in a club and socialise with friends with no social distancing,” he said. “I think the chemistry Harry and Phoebe have together just oozes joy. And for most people joy is in short supply.”

3. Olivia Rodrigo was bleeped – even though she didn’t swear

Rodrigo, the breakout star of 2021, gave a gutsy performance of Good 4 U, with the audience singing every word back at her.

That caused a slight problem for the censors – because, although Rodrigo avoided the song’s sole f-word, the crowd kept going. Censors pounced, cutting the sound in the middle of the track.

Rodrigo went on to win three prizes. “This has been the most magical year of my life,” said the 18-year-old while accepting best song. “I want to dedicate this award to all of the other girls who write songs on their bedroom floor.

“There are a lot of people who will try to dim your light, but speaking your mind and listening to your heart are the most powerful things in the world.”

4. Cyndi Lauper and Billie Eilish spoke up for women

Cyndi Lauper was on hand to present Justin Bieber with the best pop song prize – but also used her time on stage to deliver an important message on women’s rights.

“I won a moon person at the very first VMAs in 1984. Things are a little different now,” she said at the Barclays Center in Brooklyn, New York.

“Yeah, girls wanna have fun. But we also want to have funds, equal pay and control over our bodies. You know, fundamental rights.”

Eilish picked up the theme as she won the Video For Good award – which honours artists who spread positive messages in their music.

“I just want to say that we need to protect our young women at all costs. For real,” she said.

Foo Fighters were named Global Icons – a new prize that definitely wasn’t made up for the occasion – marking their 26 years as one of the world’s biggest rock bands.

They were introduced by Billie Eilish, who said an “entire generation of music fans” had grown up with the band, and “they helped the world fall in love with rock ‘n’ roll”.

That was followed by a medley of 1999 hit Learn To Fly, last year’s Shame Shame and a powerhouse performance of Everlong – which had Rodrigo singing along from the front row.

Beyoncé’s protégé Chloe Bailey tore up the stage with her first ever solo performance, delivering flawless vocals and whip-crack choreography as she played her new single Have Mercy.

If she was nervous to be performing without her sister and bandmate Halle Bailey (who’s busy filming the live-action adaptation of Disney’s Little Mermaid), it didn’t show. She dipped, flipped and twerked as if her life depended on it – only letting the emotions show when she came off stage and burst into tears.

“I wanna be Chloe Bailey when I grow up,” wrote US gymnast Simone Biles when the performance ended.

Making his first MTV Awards appearance since 2016, Bieber descended from the ceiling to perform Stay from the top of a giant polystyrene rock. As you do.

He went on to win artist of the year, recognising his latest album, Justice, and a string of hit singles over the last 12 months.

Accepting the trophy, he was one of the few artists to address the impact of the pandemic.

“We are in unprecedented times right now with this Covid thing that’s happening,” he said. “It’s a big deal [and] music is such an amazing opportunity and an amazing outlet to reach people and really bring people together, and that’s why we’re here right now.

“We have a lot more in common than we don’t,” he continued. “I really do believe the best is yet to come.”

Calling back to the golden era of hip-hop on MTV, Busta Rhymes delivered a rapid-fire medley of his biggest hits, from the slinky funk of Put Your Hands Where My Eyes Could See, via the Tribe Called Quest classic Scenario and MOP’s Ante UP, before wrapping up with his ageless party anthem Pass The Courvoisier.

The star, who was responsible for some of hip-hop’s most groundbreaking and memorable music videos, dedicated the set to his hometown, telling the audience: “Brooklyn, don’t ever forget that.”

A perfectly-judged show closer, it ended up being one of the night’s most riveting performances.

Tue Sep 14 , 2021
Business enterprise groups have criticised strategies for a Nationwide Coverage hike as a drag on employment development just as firms find to get well from the COVID-19 disaster. The 1.25 share issue maximize in NI contributions is supposed to spend for reform of the social treatment program. But the British […] 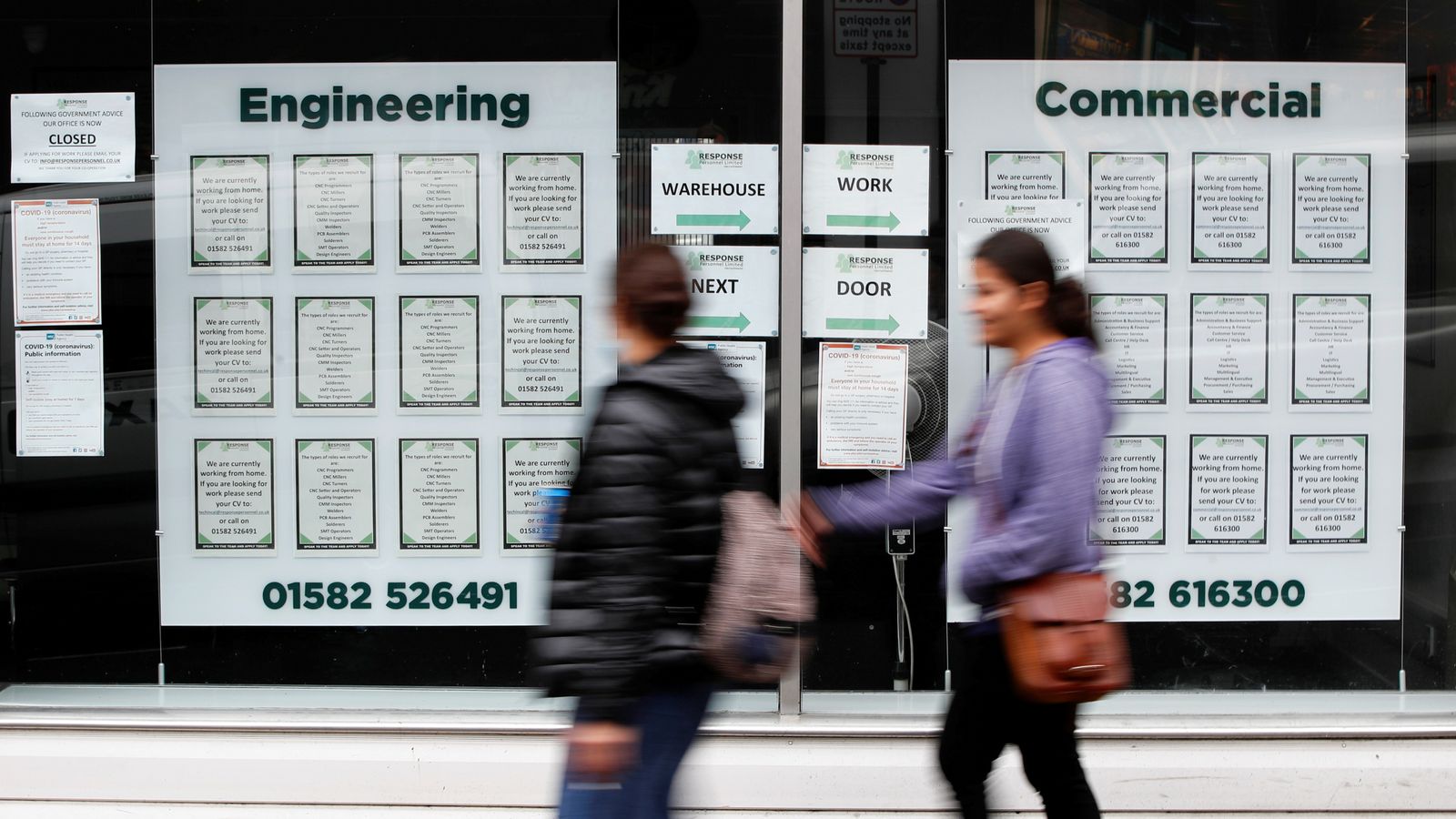