Travellers returning to England from France will still be forced to quarantine next week even if they are double-vaccinated, after ministers made a last-minute change to rules due to come into force from Monday. From 19 July, all Britons who have had two Covid jabs heading back from amber list […]

Travellers returning to England from France will still be forced to quarantine next week even if they are double-vaccinated, after ministers made a last-minute change to rules due to come into force from Monday.

From 19 July, all Britons who have had two Covid jabs heading back from amber list countries were told they would not need to complete up to 10 days’ isolation at home.

That will remain the case for all those countries apart from France. The Guardian revealed earlier this week there was concern over the country given the rise in cases of the Beta variant – first identified in South Africa.

The move will affect the travel plans of thousands of British holidaymakers who were poised to benefit from the new lighter-touch regime to let them visit France over the school summer holidays, as well as those hoping to visit relatives across the Channel.

Ministers were split over official advice put to them on Wednesday by the Joint Biosecurity Centre that suggested France be added to the red list – a significant step that would have meant only British citizens and nationals would be allowed to enter England, then forced to stay for 11 nights in a hotel starting at a cost of £1,750.

They decided against the move, a government source said, because of the significant diplomatic and political repercussions, but discussions continued over the following two days that ended in a decision announced late on Friday night.

Anyone who is fully inoculated arriving from France – or who has been in the country for the past 10 days – after 19 July will still be able to leave quarantine after day five by using the “test to release” system.

All travellers will continue to have to take a pre-departure test and fill in the passenger locator form, with those who have had both jabs also required to show proof of their vaccine certificate through the NHS app or on a printed letter. Under-18s will also have to quarantine. Only certain key roles such as hauliers will be exempt.

France, meanwhile, changed its entry rules on Saturday to require arrivals from some European countries to show a negative Covid test taken within the previous 24 hours. Arrivals from the UK, Spain, Portugal, Cyprus, Greece and the Netherlands will be subject to the new rule from midnight on Saturday, if they are not fully vaccinated.

Georgina Thomas, a nurse from Buckinghamshire, was visiting her parents in the countryside between La Rochelle and Bordeaux with her baby daughter when the news was announced. “I’m frustrated with the inconsistent approach the government are taking, it doesn’t all appear logical,” the 32-year-old told the PA Media news agency. “If a quarantine is necessary then so be it but I’m confident that my risk will be higher when I return to the UK.”

Graham McLeod, from Bolton, was staying in his holiday home in Charente Maritime on France’s Atlantic coast with his partner. They will have to self-isolate when they return to the UK despite being fully vaccinated. “In terms of government messaging, we’d say it’s inconsistent, irregular, unclear and frankly unworkable,” the retired 63-year-old said.

They had planned to stay in France for five weeks, but were planning to return after less than three weeks. “Given the knee-jerk reaction by the UK government we cannot take the chance in case the situation deteriorates further,” McLeod added.

The change was called “a real setback” by the Conservative MP Henry Smith, the chair of the all-party parliamentary group for the future of aviation.

He said the traffic light system that grades countries according to their quarantine requirement was meant to provide “much-needed certainty” but had “only delivered confusion”, adding the “last-minute announcement raises significant questions” about whether the system was fit for purpose.

“We cannot afford to continue with this on-again, off-again approach to international travel, which is leaving consumer confidence in tatters, pushing businesses to the brink and will lead to further job losses,” Smith added.

The change was made as a precautionary measure, the Department of Health and Social Care said, adding that it would “continue to assess the latest data and track prevalence of the Beta variant”.

Sajid Javid, the health secretary, said he had warned that the government would take “rapid action” if necessary and vowed to “do everything we can” to protect the country from the import of variants.

A spokesman for Abta – The Travel Association said: “While we understand that public health must come first, this announcement will undoubtedly dent consumer confidence in overseas travel just as we are about to see many amber-listed countries opening up for UK visitors. Continuing changes to travel restrictions will delay any meaningful recovery for the industry and this news is just the latest example of why a tailored package of financial support for the travel and tourism sector must be introduced.”

In a separate development, British citizens will be largely banned from entering Bulgaria next week despite the country moving on to the UK’s quarantine-free green list at the same point.

Two days after the transport secretary, Grant Shapps, announced Bulgaria and Hong Kong were being added to the green list, the Bulgarian health minister, Stoycho Katsarov, announced the UK was being put on its own high-risk “red zone” list, along with Cyprus, Spain, Fiji and Kuwait.

It will mean that from Monday, only Bulgarian nationals, long-term residents and their immediate family members will be eligible to enter from the UK.

Its decision was taken after the UK’s daily number of new coronavirus cases climbed above 50,000 for the first time in six months – almost of all which are the Delta variant. The latest sharp rise in infections showed little sign of slowing, and there are fears they could reach 100,000 relatively soon when most legal restrictions are relaxed in England from Monday.

‘There’s No Turning Back’: A Cuban Dissident on What is Actually Taking place in Cuba 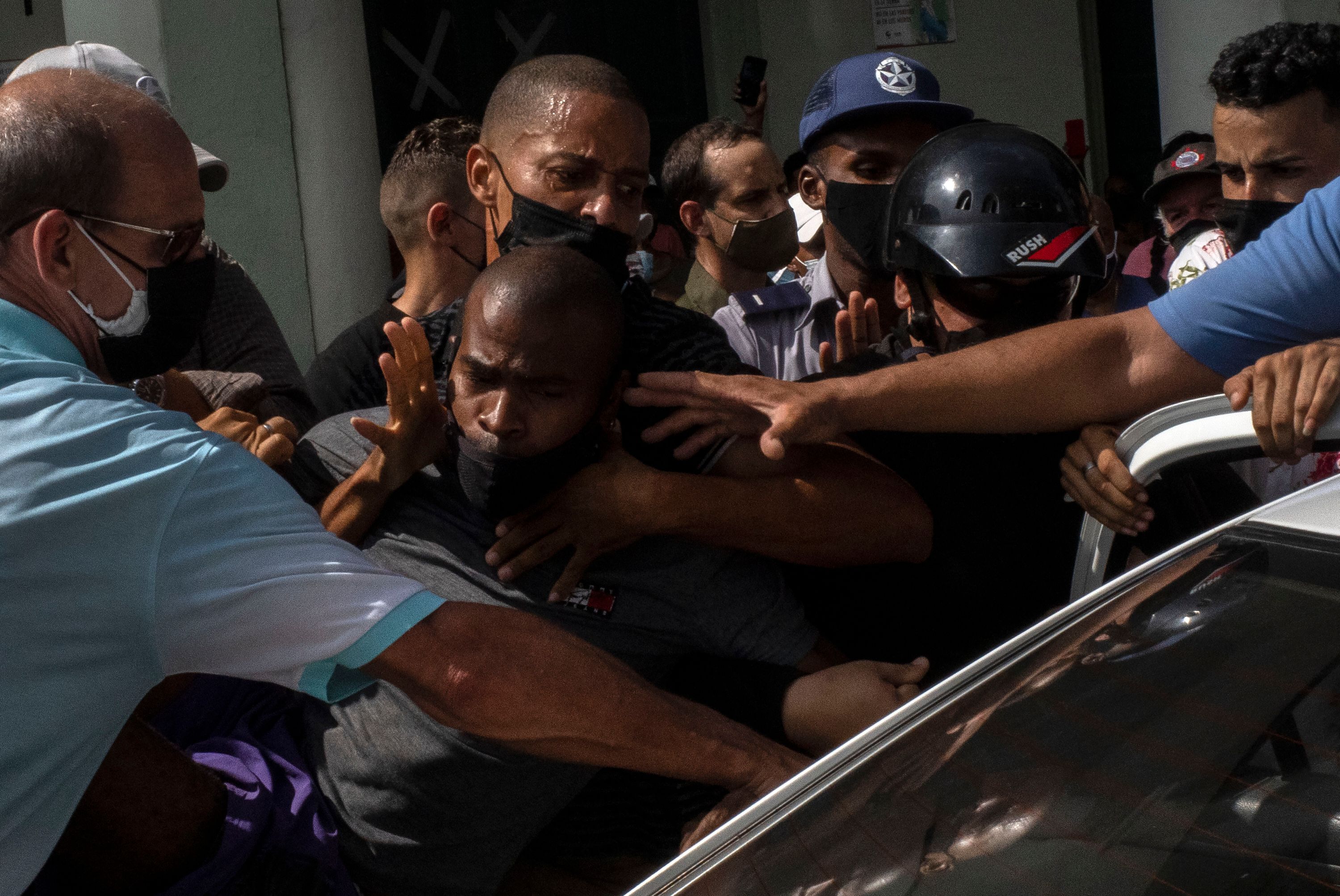