Table of Contents1 Reduce the gap between vaccine doses2 Delay step four of the roadmap3 Tweak existing regulations4 Close schools or make them safer5 Delay return to workplaces6 Continue mask wearing The coronavirus variant first identified in India is now dominant in the UK. Data is emerging that suggests it […]

The coronavirus variant first identified in India is now dominant in the UK. Data is emerging that suggests it is substantially more transmissible than the one first detected in Kent last year, and may increase the risk of hospital admissions and renders vaccines somewhat less effective, particularly after the first dose.

Although cases of the Delta variant are rising rapidly across the country, hospital admissions are yet to follow suit, but scientists say that could start to change if it is as infectious and harmful as the early data suggests.

Paul Hunter, a professor of medicine at the University of East Anglia said cases were predominantly in younger age groups still to be vaccinated, so the vaccination rollout was still key.

Beyond that it would be very difficult to argue for too many more regulations if the number of hospital admissions were to remain flat, he said. “But it would be inconceivable that if case numbers go through the roof that there’s no impact on hospitalisations.”

Here are some of options available to the government to stave off a potential third wave, which some scientists say may have already begun.

Reduce the gap between vaccine doses

Some studies, including lab-based work and analysis of real-world data, indicate the current vaccines are somewhat less effective against the Delta than the Alpha variant first identified in Kent. Recent Public Health England (PHE) data shows that after a single dose of the Pfizer/BioNTech or Oxford/AstraZeneca vaccines there was a 17% absolute reduction in effectiveness against symptomatic disease with with Delta compared twith the Alpha variant, but only a modest reduction after two doses.

Some experts advocate shortening the gap between the first and second jabs from 12 to eight weeks for all adults. Second doses have already been brought forward for priority cohorts, including health workers and elderly people, and efforts to get the first dose to other adults have been stepped up, particularly in Delta variant hotspots.

Delay step four of the roadmap

According to documents released by the Scientific Advisory Group for Emergencies (Sage), modelling suggests a variant that substantially escapes immunity or is highly transmissible – more so than the Alpha variant – could lead to a wave of infections potentially larger than that seen in January 2021 in the absence of interventions.

For Hunter, caution is key. Once cases start to rise, it takes a few weeks for that to translate into an increase in hospital admissions, but if that happens despite the current pace of vaccinations, then delaying step four – potentially until the end of the school term – would be an option, he said.

Rowland Kao, a professor of veterinary epidemiology and data science at the University of Edinburgh, said early evidence showed the vaccines were somewhat less effective at thwarting symptomatic disease caused by the Delta variant, but the impact on severe infection was unclear.

“It does lend extra credence to the idea of slowing down easing restrictions and in limited cases considering stronger local measures,” he said. “How local remains a question.”

Some scientists have criticised the existing border policy as porous and confusing. They say it needs to be completely overhauled to avoid the risk of importing and exporting variants.

“We should be imposing strict border controls, getting rid of the confusing amber list and requiring supervised quarantine for everyone,” said Martin McKee, a professor of European public health at the London School of Hygiene and Tropical Medicine.

Another key issue is indoor mixing, which was sanctioned in certain circumstances last month. “We know that this is a virus that spreads in indoor spaces … and we know that the probability that people in these settings will only become infected if someone carrying the virus is among them, which is a function of the prevalence in the local community,” he said.

“So it follows that we should be adopting a nuanced approach which takes account of the situation in each area.”

Close schools or make them safer

Closing schools would have a huge impact on infection rates, but most scientists agree it should be a measure of last resort given that disrupting education can have a devastating long-term effect on a child’s future.

More work needs to be done, however, to reduce transmission in schools, including improving ventilation and encouraging mask wearing, said Dr Kit Yates, a senior lecturer in mathematical biology at the University of Bath.

New PHE data covering 26 April to 30 May shows the Delta variant has begun to spread in schools and colleges throughout England. The government removed the mask mandate in secondary schools on 17 May, hoping that regular testing would suffice, but surveillance data shows the number of tests being done in secondary schools is decreasing all the time.

One of the key ways to keep schools safe is to improve the underperforming test, trace and isolate system that we’ve allocated so much money to, Yates said.

Recommending that people work from home where they can has a considerable impact on infection rates in the community, and should continue, especially in areas where case numbers are higher, according to Stephen Griffin, a virologist from the University of Leeds. He acknowledged, however, that people in certain occupations such as hospital, transport and supermarket workers would not be able to do that.

Overall, from a population perspective if more people were to stay at home to work, the better it would be, he said.

Mask wearing should probably be continued, scientists say, especially given that those under 18 are not being offered the vaccines for now.

“It’s about minimising the amount of infectious virus — the aerosols and droplets — that are released, so on a population basis that makes the difference,” said Griffin. “In high-risk indoor situations, it’s an absolute no-brainer in terms of keeping a lid on things, especially in high-risk areas.”

How stars, planets, constellations and other celestial objects get their names

Sat Jun 5 , 2021
Table of Contents1 A constellation of languages2 Diversifying the astronomical catalog3 Indigenous namesc You could possibly even be capable to select out a small star there, in the middle of the manage of the Big Dipper. It is identified as Alcor, a binary star paired with the nearby, brighter Mizar, […] 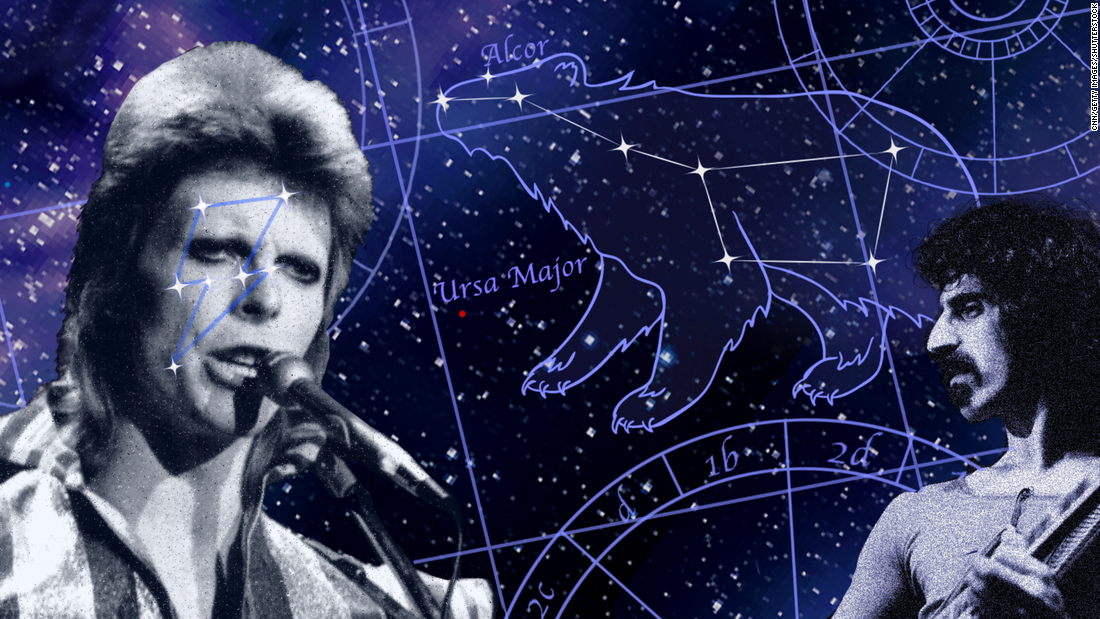